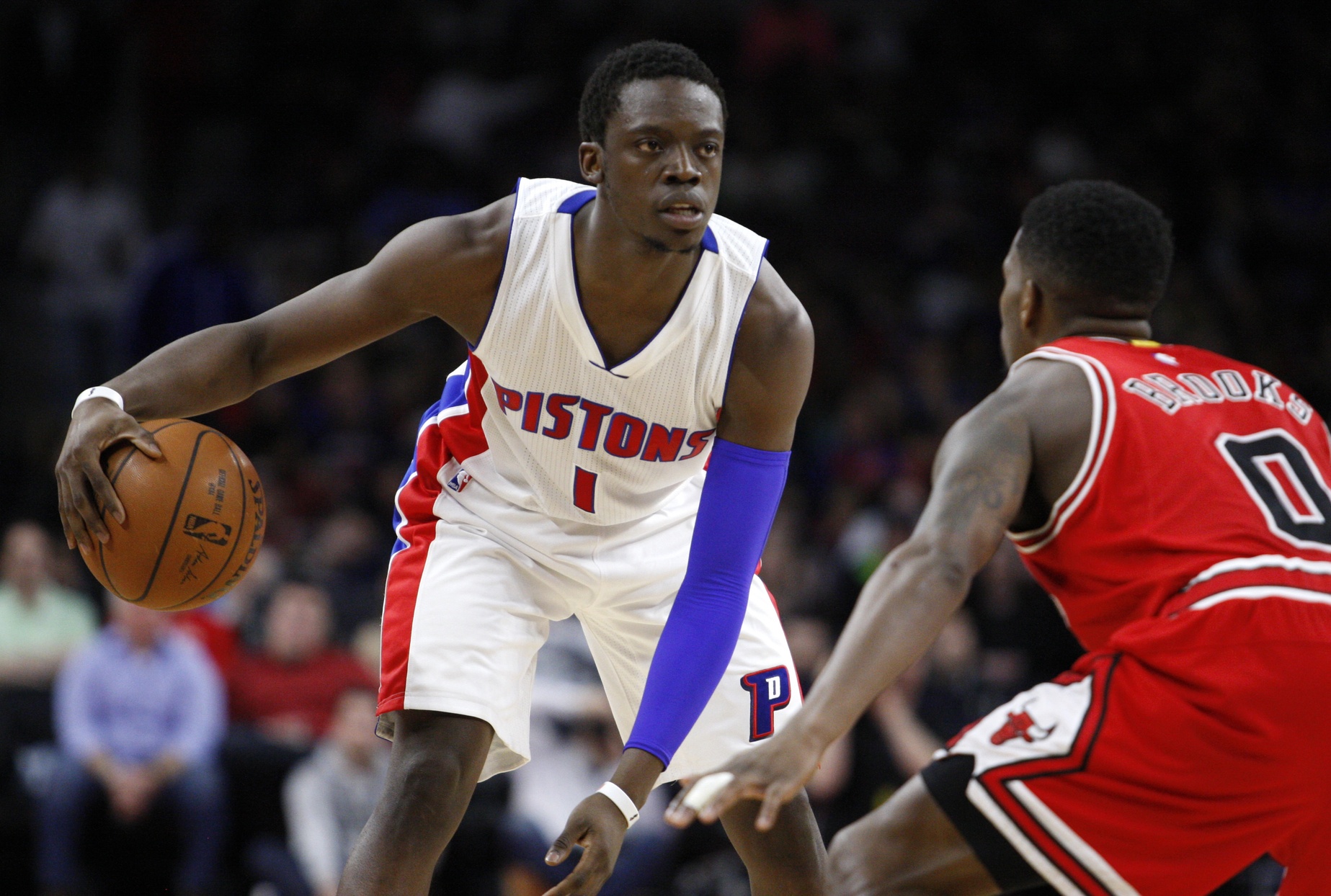 The Orlando Magic are reportedly interested in acquiring Detroit Pistons guard Reggie Jackson. The two have talked about a deal that includes D.J. Augustin and Jeff Green.

The Pistons and Magic have discussed a trade that would send Reggie Jackson to Orlando for D.J. Augustin and Jeff Green, league sources say.

It’s not surprising to see this. Previous reports had both Jackson and Andre Drummond on Detroit’s trading block, which you can read about here.

It’s easy to see why the Magic are interested in Jackson. He is averaging 28.4 minutes per game. In that time, he’s averaged 15.2 points, 5.6 assists, and shot 42.8 percent from the field, 36.3 percent on threes and 85.5 percent from the free throw line. Orlando is one of the few teams out of the Eastern Conference playoff mix, but Jackson is under contract through the 2019-20 season. He can be a part of future success.

But while Jackson’s an effective player, Augustin and Green would make the Pistons deeper. That needs to happen.

Entering the All-Star break, Detroit occupies the eighth and final playoff spot in the Eastern Conference. Still, improvement is necessary. The eighth seed likely means a first-round showdown with the Cleveland Cavaliers and LeBron James. Given that LeBron’s teams have won the Eastern Conference in six straight seasons, avoiding him for as long as possible is a necessity.

Getting out of the No. 8 seed is realistic, as well. Detroit is only two games behind the Indiana Pacers for the No. 6 spot. On the other hand, the Pistons are only two games ahead of the east’s No. 10 seed, the Miami Heat.