Report: Mac Jones getting start at QB vs. Jets 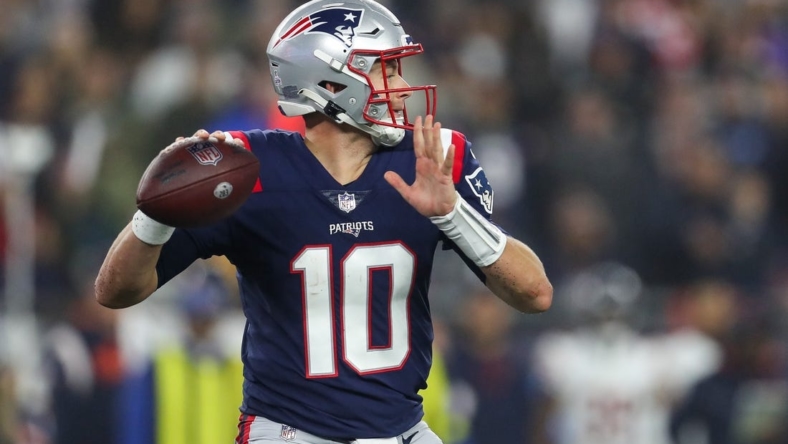 New England Patriots quarterback Mac Jones took most of the snaps with the first-team offense Wednesday and is in line to get the start this week against the New York Jets, ESPN reported.

Jones took 90 percent of the first-team snaps, per the report.

Jones was pulled after three series in the Patriots’ loss to the Chicago Bears on Monday night. Patriots coach Bill Belichick said after the game that Jones wasn’t removed for performance. However, he also said it wasn’t a medical decision.

Rookie Bailey Zappe replaced Jones and played the rest of the game, throwing for 185 yards and a touchdown with two interceptions.

Belichick refused to dive into “hypotheticals” Tuesday morning about which quarterback would draw the start against the Jets.

Both Belichick and Jones said the plan all along was to go with both QBs against the Bears, a notion that reportedly was news to other members of the team.

Leading to the scrutiny of a pre-plan for a two-QB night was that Jones was pulled after throwing an interception. Jones threw for just 13 yards and rushed for another 24 in his three series.

“Part of the plan, I think coach Belichick did a really really good job explaining it to me, I knew what the plan was,” Jones said Monday night. “The timing’s the timing, but we’re on the same page and there’s no hard feelings. I wish I had played better while I was in there.”

Jones was playing for the first time since Sept. 25 after sustaining a high-ankle sprain. He is not listed on this week’s injury report.