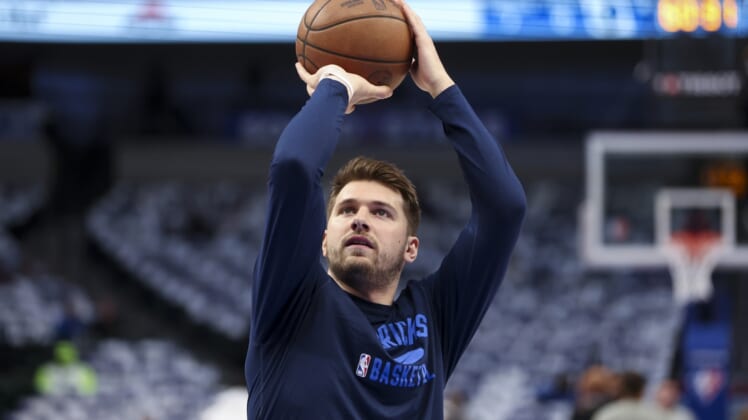 Dallas Mavericks star Luka Doncic will take part in pregame warmups and could play in Game 4 against the Utah Jazz on Saturday, barring any setbacks, according to a report from ESPN.

Also, the Mavericks upgraded Doncic from questionable to probable prior to the contest.

The network reported “increasing optimism” that Doncic will make his series debut. He has missed the first three games because of a left calf strain.

Doncic will play limited minutes if he is cleared to return, ESPN reported. He has been out since April 10.

The Mavericks lead the best-of-seven series 2-1 heading into Game 4.