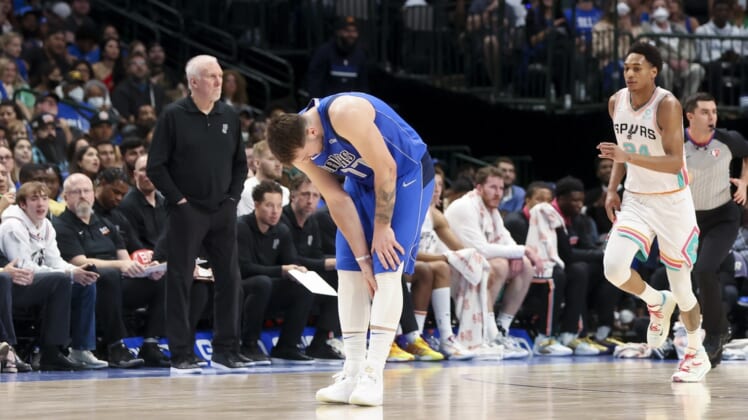 The Mavericks announced Tuesday that an MRI confirmed the left calf strain for Doncic.

The Mavericks are the No. 4 seed in the Western Conference playoffs. They host the fifth-seeded Jazz in Game 1 of their first-round series on Saturday afternoon.

Doncic, 23, sustained the injury in the third quarter of the Mavericks’ 130-120 win against the San Antonio Spurs in Sunday’s regular-season finale.

The two-time All-NBA performer and three-time All-Star averaged 28.4 points, 9.1 rebounds and 8.7 assists in 65 starts this season, finishing third in the league in scoring and fifth in assists.

Dallas was 8-9 without Doncic in the lineup this season, including a 120-116 loss at Utah on Christmas Day.