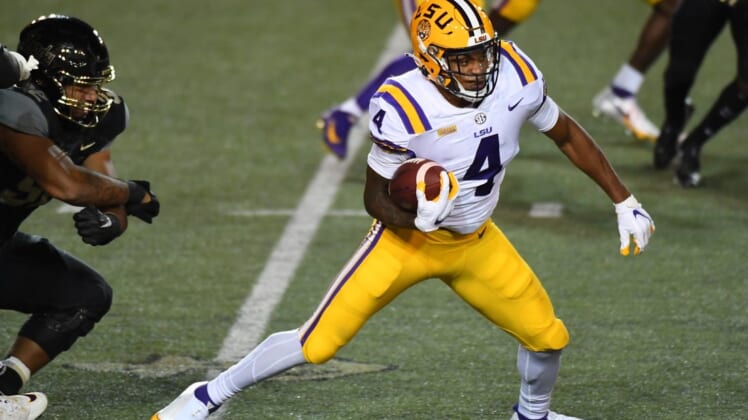 LSU running back John Emery is appealing his two-game suspension to start the season, The Athletic reported.

He was suspended for games against Florida State (Sept. 4) and Southern (Sept. 10) over academic issues. The former five-star prospect missed the 2021 season for the same reason.

Big things were expected from Emery, a Louisiana native, when he enrolled at LSU in 2019 as the nation’s No. 2 running back, per the 247Sports composite. He had eye issues as a freshman, struggled as a sophomore and was suspended as a junior.

New coach Brian Kelly said in the spring he liked what he had seen from Emery, adding the running back had made academic efforts.

“I’m really proud of the progress he’s made since my short time here in making that happen,” Kelly said. “And I think we’re gonna see him play for us this fall because of that. And that’s all on him, right? He had to make that decision, and good for him.”

Emery said he fell behind in school in 2020 as COVID-19 had a severe impact on his immediate family and created a hardship. His appeals to play in 2021 were denied.

In all, Emery has appeared in 19 games with the Tigers, running for 556 yards and seven touchdowns. He’s caught 20 passes for 133 yards.

Penn State transfer Noah Cain has been working with the first team in Emery’s absence.

The Athletic also reported that junior cornerback Raydarious Jones will miss the 2022 season over academic reasons. A fourth-year cornerback, he played in nine games last season.