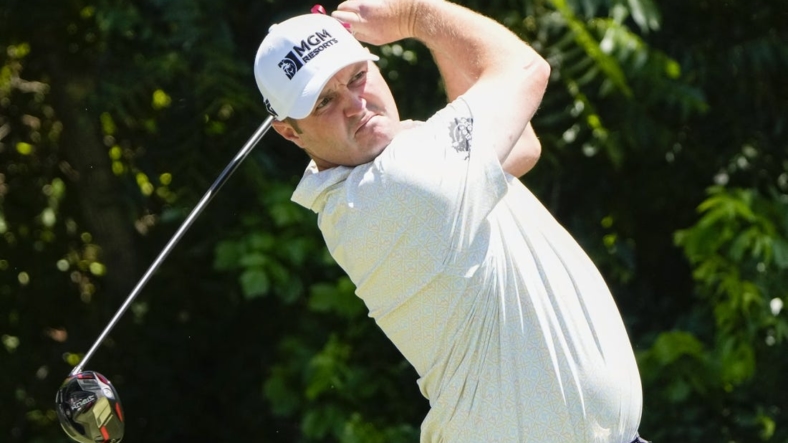 Two LIV Golf Series players have dropped out as plaintiffs in an antitrust suit against the PGA Tour, but LIV itself has been added to the case as an “interested party,” Golf Channel reported Saturday.

On Friday, an amended version of the initial complaint showed that Abraham Ancer of Mexico and Jason Kokrak had been removed from the lawsuit, dropping the number of players to seven. The addition of the controversial Saudi-funded LIV Golf is certain to increase the acrimony between the two sides.

Golf Channel said the amended lawsuit continues to contend that the PGA Tour violated the Sherman Act by suspending players who chose to sign LIV deals. But LIV Golf said in the revised complaint that the upstart has faced an “intentional and relentless effort to crush nascent competition before it threatens the Tour’s monopoly.”

As a result, LIV Golf says it is entitled to punitive damages for the PGA Tour’s “bad faith and egregious interference with LIV Golf’s contractual and perspective business relationships.”

The players still involved in the lawsuit include Phil Mickelson, Bryson DeChambeau and Ian Poulter of England. The initial lawsuit filed in a federal court in Northern California on Aug. 3 included 11 players, but Pat Perez and Carlos Ortiz since have dropped out.

The trial for Mickelson v. PGA Tour, is scheduled to begin Jan. 8, 2024. The arguments for summary judgment tentatively were set for July 13, 2023.

The next LIV Golf event — the fourth of eight on its schedule in 2022 — is scheduled to be played at The International in Boston from Sept. 2-4.