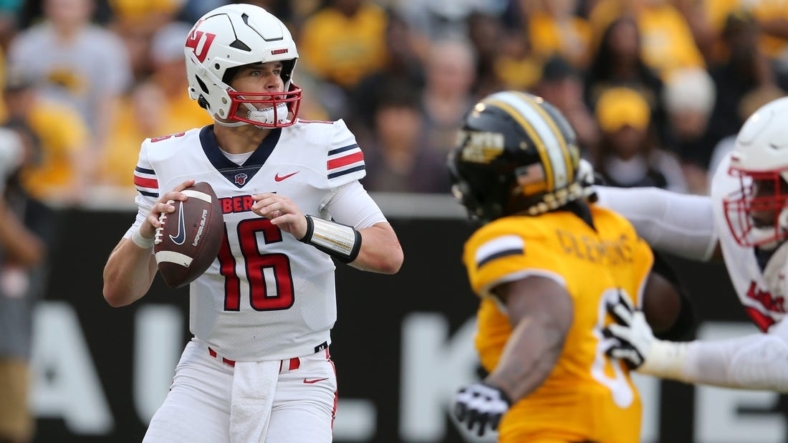 Liberty quarterback Charlie Brewer will be sidelined up to two months with a broken hand, The Athletic reported Sunday.

Brewer will have surgery this week to insert a pin or plate into his hand, per the report. The graduate transfer sustained the injury in the Flames’ 29-27 four-overtime win at Southern Miss in Saturday’s season opener.

Brewer completed 3 of 4 passes for 18 yards and rushed three times for 13 yards before exiting the game.

It was his Liberty debut after playing four seasons (2017-20) at Baylor and part of last season at Utah. He has passed for 10,202 yards and 68 touchdowns in his collegiate career.

Kaidon Salter, Liberty’s third quarterback of the night, completed 8 of 13 passes for 148 yards, two touchdowns and one interception against the Golden Eagles. He threw the game-winning two-point conversion pass to Jerome Jackson in the fourth OT.