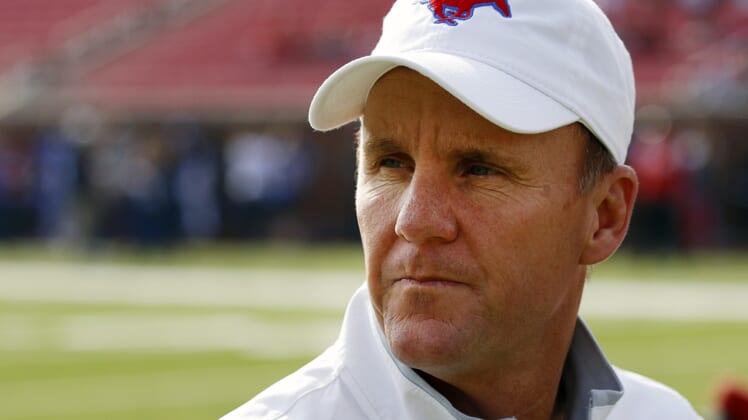 Coming off break, the decision by SMU football head coach Chad Morris to implement a surprise team-wide drug test was an interesting one.

While most college kids like to drink or partake in some weed and even harder drugs while on break, most coaches won’t implement a team-wide drug test mostly to save the players.

If multiple players are popped, especially key ones, it could be disastrous.

That being said, Chad Morris has always been a man of high morals. This drug test may have been a “thin the herd” type tactic.

Safe to say if that was the case, it looks like it has worked.

Morris, whose name was floated alongside some high profile openings this offseason, is either a genius or made a very risky decision.

That being said, if a college football player is willing to risk a free education to get high, is he really worth the time and money a coach is investing? Many would argue otherwise, and while the names have not been released as the rumors haven’t been confirmed by the school yet, this will definitely be an interesting development to watch unfold.

Expect a statement from SMU soon, if these rumors continue to persist.