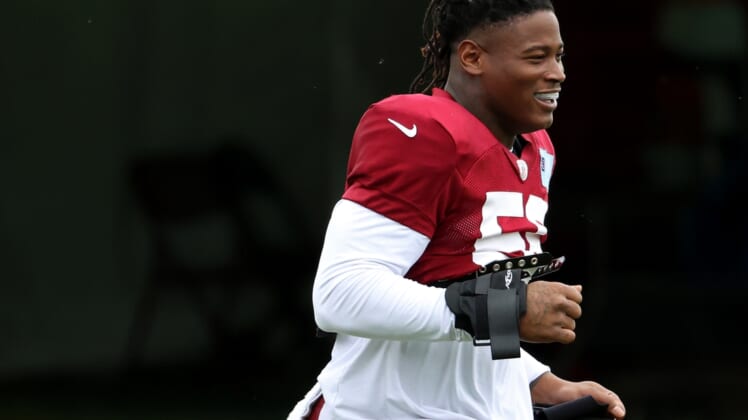 Linebacker Reuben Foster will work out for the Dolphins on Friday, the Miami Herald reported.

Foster has not played a game in the NFL since being waived by the San Francisco 49ers in November 2018. The 49ers let the former first-round pick go in the wake of a domestic violence accusation stemming from an alleged incident during a team road trip to Tampa, Fla.

The charges were later dismissed, but Foster sustained a significant knee injury in his first practice after signing with Washington in 2019.

Should Foster join Miami, he’d see a familiar face in Mike McDaniel. The new Dolphins head coach was with the 49ers during Foster’s time with the club in 2017-18

Foster, 28, has recorded 101 tackles and two pass deflections in 16 games since being selected by the 49ers with the 31st overall pick of the 2017 NFL Draft.