Report: Las Vegas Raiders stadium to be ready for 2020 season 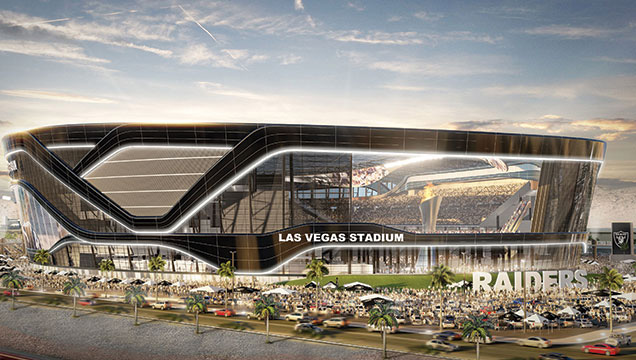 The Las Vegas Raiders stadium, which looks like it’s going to be gorgeous, is slated to be completed in time for the 2020 season.

“Construction of a 65,000-seat domed football stadium is expected to begin in January and be completed by June 2020, giving the Raiders three months to move in before their first NFL regular-season game,” via Richard N. Velotta of the Las Vegas Review-Journal.

The Raiders recently purchased a plot of land for over $77 million that will serve as the site of the new stadium.

“Of the last four domed NFL stadiums built, none have been completed within 30 months. Mercedes-Benz Stadium in Atlanta, the new home of the Falcons, is about to hit its 36th month of construction and is due to open in August. Minneapolis’ U.S. Bank Stadium, new home of the Vikings, took 32 months to complete.”

With this in mind, the Raiders better have a backup plan in place in case their shiny new stadium isn’t completed in time for the 2020 season.