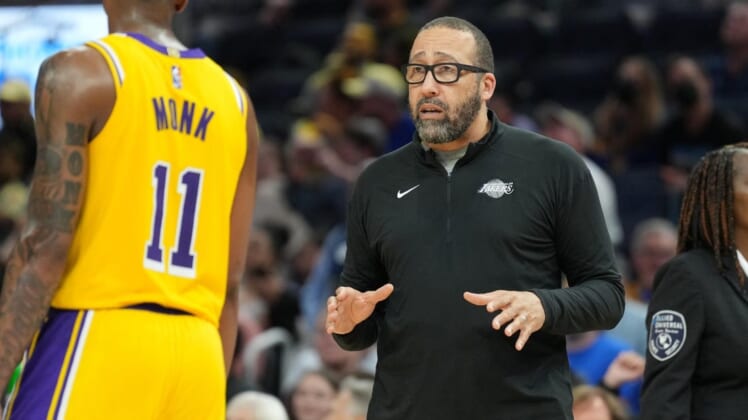 New head coach Darvin Ham does plan to keep two other members of former coach Frank Vogel’s staff, however. Phil Handy and Quinton Crawford will remain part of the staff, per the report.

“I like coaches that like to roll up their sleeve and are able to get out there,” Ham said during his introductory press conference on Monday.

“Where I come from the last nine years, we did everything. We did player development. We did scouting. I had to step in as the head coach on a few occasions. But it was a team. It wasn’t coordinators on either side of the ball. We all pitched in on all aspects of our team basketball offensively and defensively. So, I’m looking to build that similar type of staff.”

Crawford, 31, joined Vogel’s Los Angeles staff in 2019 after working as a video coordinator for the Orlando Magic.