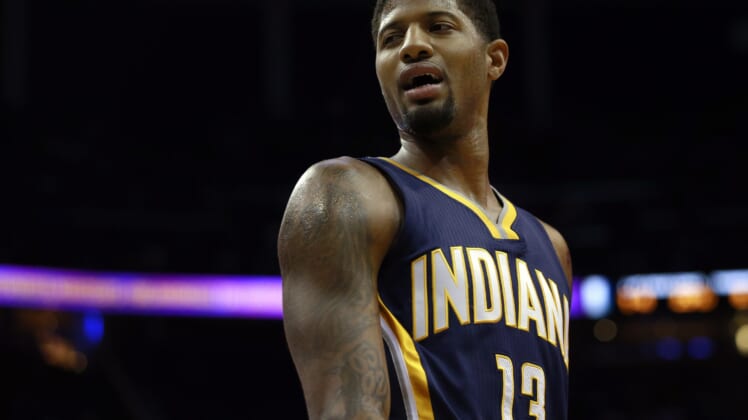 News that Paul George doesn’t intend on re-signing with the Indiana Pacers has apparently set into motion renewed talk that he might be moved this summer. It’s not necessarily a big surprise, especially considering Indiana faces the real possibility of losing him for nothing following the 2017-18 season.

Long bandied about as a potential landing spot, the Los Angeles Lakers are reportedly engaging in discussions with Indiana about the All-Star forward.

League sources tell @RamonaShelburne and me: The Pacers and Lakers have engaged on Paul George trade talks in advance of Thursday's draft.

Again, this shouldn’t be considered too surprising. George reportedly told his Pacers teammates recently that he wants to join the Lakers. For its part, Los Angeles has the necessary assets to acquire someone of George’s ilk.

It’s not yet known what potential package would head Indiana’s way, but we know the Lakers are intent on keeping both their second overall pick in Thursday’s draft as well as former lottery pick Brandon Ingram. This means that a deal could include young point guard D’Angelo Russell.

This is most definitely a story we should keep an eye on over the next couple days.