Report: Kyle Long restructures contract to stay with Bears in 2019 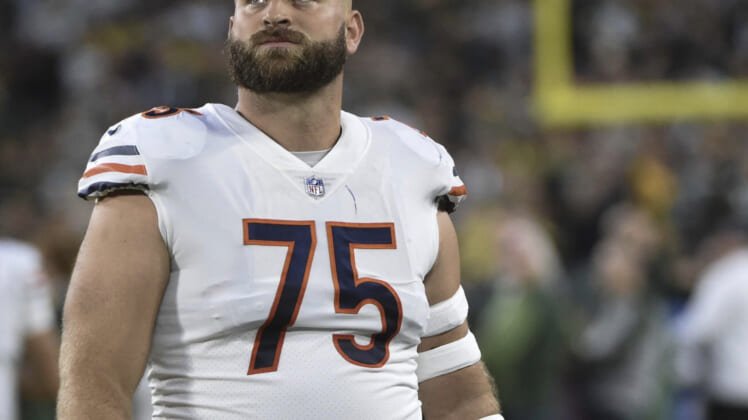 Not long after that, Brad Biggs of the Chicago Tribune confirmed that the Bears and Long had come to an agreement. Long reportedly agreed to restructure his contract to create some cap space, and “ensure he’s with the team in 2019,” per Biggs.

Long was due to make $8.5 million before the restructured deal. Saying this will “ensure he’s with the team” next year makes it clear that Long was potentially going to be a salary-cap casualty if he had not agreed to the deal.

A very good player who has made three Pro Bowls in his career, Long has struggled to stay on the field recently. Injuries have forced him to miss significant time in each of the past three seasons, including eight games last year.

So, with the restructured deal, it sounds like this was a win-win for both parties. Long gets to stay with his teammates on a prove-it-type deal, and the Bears clear up space to potentially improve their roster this offseason.