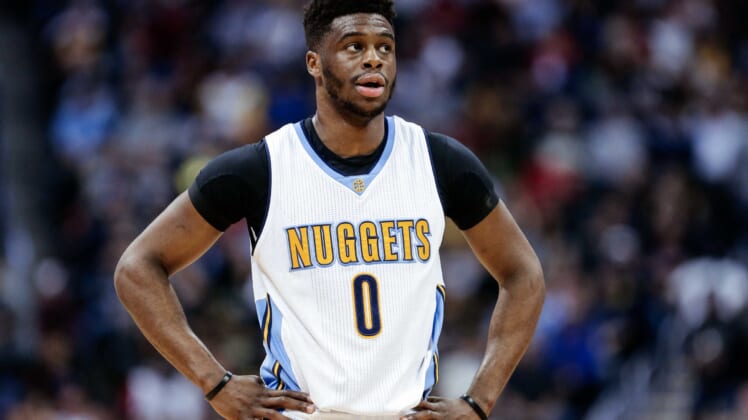 The NBA trade deadline has been lit (almost literally). And we really do have the Cleveland Cavaliers to thank for this. Though, the New York Knicks came guns blazing immediately prior to the deadline itself taking hold.

According to ESPN’s Adrian Wojnarowski, New York has acquired young guard Emmanuel Mudiay from the Nuggets in a three-team deal that sends Doug McDermott from New York to Dallas and veteran guard Devin Harris from the Mavericks to Denver.

New York will also send a second-round pick to Denver in the trade.

Mudiay, 21, had fallen out of favor in Denver with the likes of Gary Harris and Will Barton having career seasons. A top-10 pick back in 2015, he still boasts a tremendous amount of upside. The former lottery pick is shooting at a 37 percent mark from distance this season and should become a long-term option for New York in the backcourt.