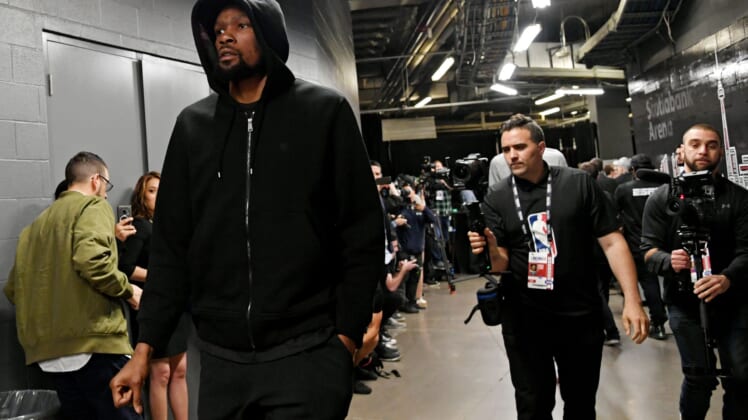 As the entire NBA world waits to see where Kevin Durant lands this offseason, it appears he’s down to four teams that he will engage in discussions with to start free agency.

Reports emerged on Thursday that Durant could take free-agent meetings with teams in New York City. Now it will likely come down to which of these four teams can convince Durant to sign a max contract with their team.

While reports initially emerged of Durant teaming up with Kyrie Irving in Brooklyn, the Nets are no longer favored to land the All-Star forward. It now seems like it will be an open race between the four clubs.

Any team that signs Durant will do it knowing he is unlikely to play in the 2019-’20 season while recovering from a ruptured Achilles. However, the chance to add a player of Durant’s caliber is something teams can’t pass on even with the risk from his injury recovery.