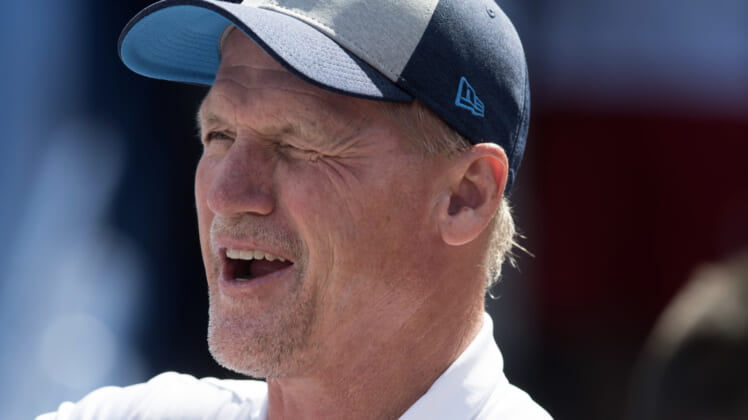 With news surfacing on Wednesday that longtime Georgia Tech head football coach Paul Johnson is slated to retire after this season, we’re now hearing reports about a potential replacement in Atlanta.

According to Adam Rittenberg of ESPN, Los Angeles Chargers offensive coordinator Ken Whisenhunt is a top candidate to replace Johnson on the sidelines for the Yellow Jackets.

A former head coach for the Arizona Cardinals and Tennessee Titans in the NFL, the 56-year-old Whisenhunt played college ball at Georgia Tech. Though, his only collegiate coaching experience came as an assistant at Vanderbilt in 1995 and 1996.

Seen as an innovative offensive mind, Whisenhunt is leading the NFL’s seventh-best scoring offense this season.

If Whisenhunt were to become the next Yellow Jackets head coach, he’d change the team’s offense in a grand way from Johnson’s current triple-option MO.