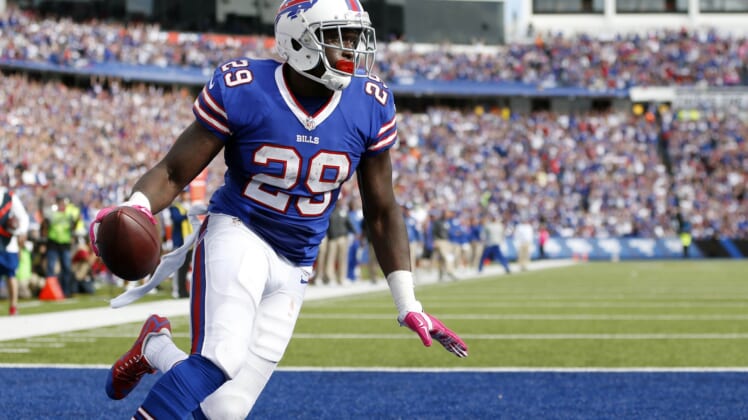 Buffalo Bills running back Karlos Williams was suspended for the first four games in the 2016 NFL season for violating the NFL’s Substance of Abuse policy, per Ian Rapoport of NFL Network.

Entering his second year, Williams was a dynamo during his first campaign with the Bills when LeSean McCoy was unable to play. He finished the season with 517 yards (5.6 yards per carry) and seven rushing scores.

This puts more of an emphasis on McCoy to stay healthy and carry the load through the first four games of the season. It isn’t a given that he’ll be able to deliver. Last year McCoy missed four games, and though he is still just 28 years old he has a lot of mileage on his body.

Behind Williams on Buffalo’s roster are guys that have yet to prove themselves as capable backs in the NFL. Perhaps rookie Jonathan Williams out of Arkansas might work out, but he’s already gotten himself into hot water with a DWI arrest (details here).

Buffalo has its work cut out for it to have an effective offensive attack early in the season. Featuring a run-first offense, things are looking dicey, at best. Also dicey is Williams’ fantasy outlook. Perhaps the best strategy to pick him up on the waiver wire a week before he returns.