Report: Kansas City Chiefs and Patrick Mahomes working on contract ‘unlike any other’ in NFL history 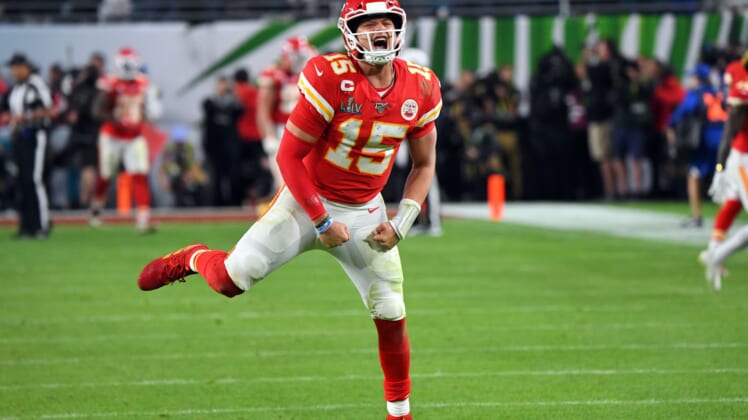 We already know that Kansas City Chiefs quarterback Patrick Mahomes is poised to set a record when he signs his new contract.

The young gunslinger has already won an NFL MVP award and led his team to a Super Bowl title. Now set to enter his fourth season as a pro, Mahomes will change the way we look at quarterback contracts.

Patrick Mahomes’ contract will be ‘unlike any other’

According to Sam Mellinger of the Kansas City Star, the Chiefs and Mahomes have started negotiations “in some form.” However, he noted it’s “hard to know exactly where things stand.” The reason being, nobody’s leaking anything about the process.

What Mellinger does know is that Mahomes’ next contract will be “unlike any other,” and that he’ll become the “highest-paid player in NFL history.”

Recently, owner Clark Hunt made it clear that the franchise wants Mahomes to be a “Chief for life.” So it’s not surprising to hear the contract these parties are working on is something extra special.

On a side note, Dallas Cowboys owner Jerry Jones might want to get Dak Prescott inked as soon as possible.

Back to Mahomes, nobody would argue that he hasn’t made the case to be the highest-paid player in NFL history. In two full seasons as a starter, he’s racked up insane stats: Passing for 9,128 yards with 76 touchdowns and just 17 interceptions.

Recent reports indicate Mahomes could land over $40 million per year. That’s a whole lot of cheddar. Especially when you remember this young man is still just 24 years old.

Subscribe to Sportsnaut’s Morning Brew, your daily dose the biggest stories in the NFL Every morning and and always free! Sign up now ▸