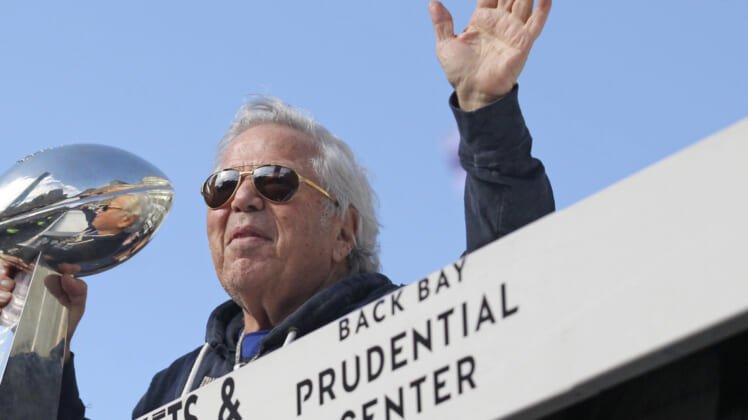 On the same day that prosecutors in Florida announced that they planned to release video evidence of New England Patriots owner Robert Kraft allegedly engaging in illegal sexual activities at a spa, there’s a lot more coming out on the story.

According to ESPN’s investigative reporter T.J. Quinn, a judge in Florida has blocked prosecutors from releasing said video until there’s a hearing.

This is definitely within the purview of said judge. Any evidence being released resulting on a contamination of a potential juror pool could be seen as unfair to Mr. Kraft and other defendants.

Without getting too much into the legalities, it’s reasonable to conclude that a video release of Kraft allegedly committing a crime could be seen as a violation of his constitutional rights.

In addition to this, Kraft’s attorneys claim prosecutorial misconduct after they allegedly broke a promise on Friday not to release the video until the judge gave a go ahead.

From a PR standpoint, it would be embarrassing for the Patriots’ long-time owner to have such a damning video released to the public. That’s obviously why his lawyers are pushing back strongly against said release.

This will only get more interesting as briefs are filed and more court dates are set. For now, there’s no impending release of the video.

The 77-year-old Kraft is facing two misdemeanor counts of soliciting another for prostitution stemming from alleged incidents back in January.