Report: Josh Rosen could be seen as ‘uncoachable’ 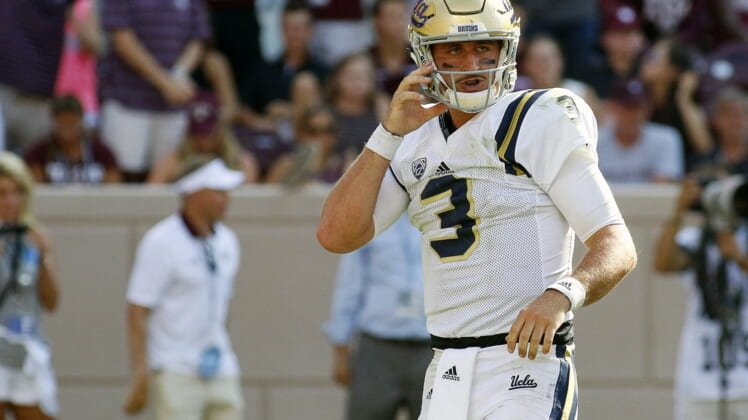 We’ve already heard that, of all the quarterbacks being considered atop the 2018 NFL Draft, Josh Rosen is the most likely to fall in Round 1. Now, a bit more information has emerged that sheds a bit more light into why this is the case.

Matt Miller of Bleacher Report wrote a column Monday detailing some of the concerns surrounding the UCLA product. Among them, one NFL executive noted of the famously outspoken young man, “The last thing we need is the face of our team tweeting about the president when we’re on a losing streak.”

Miller also noted that there are also legitimate concerns about Rosen’s long-term health — he was often injured while at UCLA and missed half his 2016 season due to nerve damage in his throwing shoulder.

But here’s perhaps the biggest issue, which one scout brought into the light. There’s a perception that Rosen could be “uncoachable.”

“But is he uncoachable? Probably for some,” the scout said.

Rosen has some history behind this statement. As Miller noted in his column, he didn’t fare well at a quarterback camp run by former NFL player, Trent Dilfer, back as an 18-year-old high schooler. Dilfer wondered out loud if Rosen “thinks he knows more than us.” He didn’t take to the coaching during that camp and ended up being rated as the worst quarterback out of 11 attending.

We know that NFL executives are split on Rosen. Some love what he brings to the table, while others are terrified of his independent streak. It’s going to be fascinating to see how this all affects him come draft day. We could bear witness to another Aaron Rodgers-type slide down into the middle or bottom of Round 1.