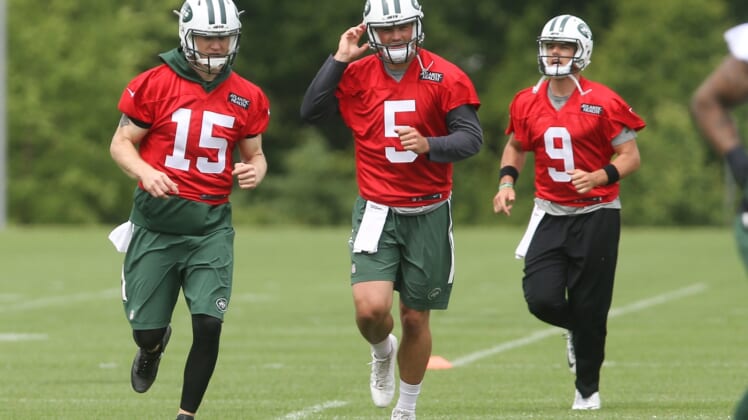 Though it’s still early, Josh McCown has a huge lead over Bryce Petty and Christian Hackenberg in the alleged quarterback competition for the New York Jets.

Tuesday during OTAs both Hackenberg and Petty were getting picked on by New York’s defense, which ate up a few bad interceptions.

Christian Hackenberg just threw a pick to Corey White on the far field here at #Jets OTAs. Had a near-pick six on near field earlier.

Bryce Petty with the brutal INT of the day, right to LB Randell Johnson #nyj

This led Connor Hughes of NJ.com to write, “I think it’s safe to say McCown is far and away the best QB at OTAs.”

Of course, this should come as a shock to exactly nobody outside of perhaps Hackenberg and Petty. These two are both nowhere near ready — if they ever will be — to start and win NFL games. Hackenberg was so bad last summer that he barely saw any work, and Petty was abused during his time as an emergency starter last year.

So, despite what the Jets would have us believe about an open competition, it seems all McCown needs to do this summer is stay healthy and let the youngsters continue shooting themselves in the foot.