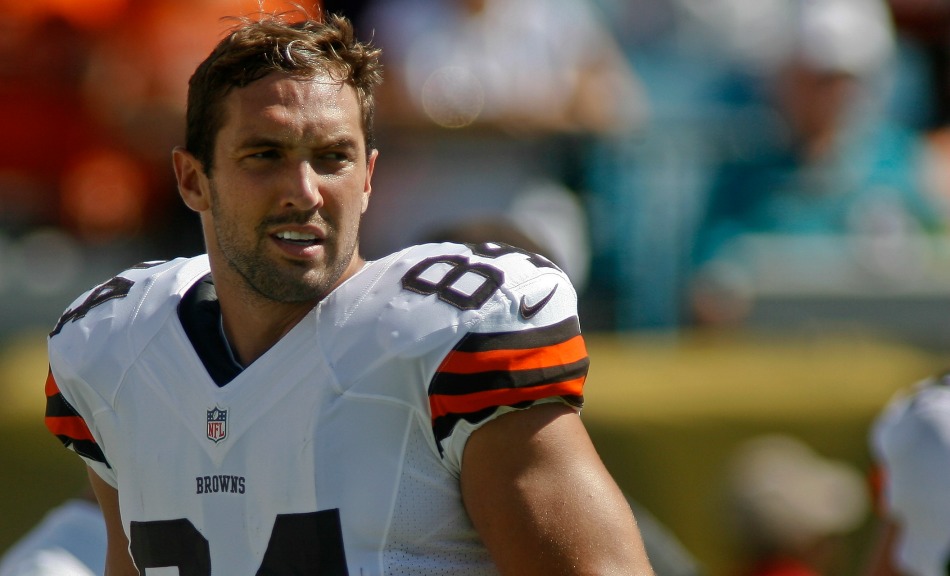 The second-place prize in the battle for tight ends in free agency has a new home. Jordan Cameron has reportedly re-signed with the Cleveland Browns on a two-year, $15 million contract.

Cameron is a low-risk high-reward type signing that will at least create some stability for the Browns passing game in 2015. The former fourth-round pick has had his fair share of injuries since being drafted in 2011, missing 21 games in four seasons. Yet Cameron has been effective while on the field, especially in his Pro Bowl 2013 campaign. That season saw Cameron catch 80 passes for 917 yards and seven touchdowns.

Despite the injury concerns, Cameron was a highly-sough commodity on the open market due to his upside and talent in the receiving game. While he can struggle in pass protection, Cameron was the best receiving option at tight end not named Julius Thomas.

The Browns may have had a quiet offseason, but retaining Cameron could be big for new quarterback Josh McCown. He will team up with Brian Hartline and Andrew Hawkins to form Cleveland’s top pass-catching options in 2015. .