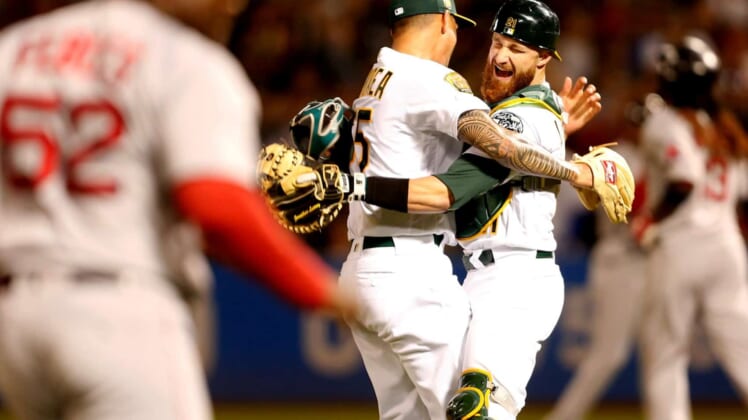 In a busy offseason that has already seen the Los Angeles Angels add Trevor Cahill and Matt Harvey, the club now reportedly has its starting catcher to help support the new starting pitchers.

According to Jeff Passan of Yahoo Sports, the Angels are close to stealing a catcher from within the division by signing Jonathan Lucroy away from the Oakland Athletics.

Catcher Jonathan Lucroy and the Los Angeles Angels are in agreement on a one-year, $3.35 million deal, league sources tell Yahoo Sports. Lucroy took his physical today and deal should be official soon. He can make more than $4 million total with performance bonuses.

Lucroy played a key role in the development of Oakland’s young rotation last season and drew praise for his defense and leadership behind the plate.

The addition of Lucroy will help strengthen the Angels rotation going into the 2019 season and a one-year deal allows the organization to have more time to find a long-term catcher.