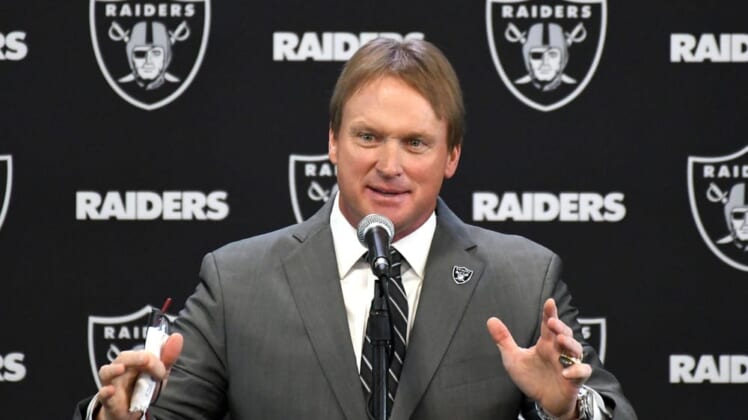 Oakland Raiders owner Mark Davis desperately wanted Jon Gruden to return to the sideline. Within months of rejoining the franchise, though, the former ESPN broadcaster is usurping all power available.

“Since joining the Raiders in January, Gruden has quietly consolidated power to the point where he’s effectively the head coach, general manager, CEO and just about everything else. No other coach in the NFL has this kind of power outside of [bill] Belichick.”

Gruden’s fingerprints were all over the 2018 NFL draft, since the Raiders selected Kolton Miller well above projection. Plus, they chose small-school prospects P.J. Hall and Brandon Parker within the first 65 picks.

That broke a tendency by McKenzie, whose voice has likely become quieter due to the $100 million Oakland is paying Gruden. While the relationship appears fine, McKenzie has been praised for personnel decisions in the past. Raiders fans should hope his opinion is fully considered.

On-field results will be the ultimate test, but Gruden’s rise to overwhelming power in his first four months is a story worth watching — particularly if Oakland struggles in 2018.