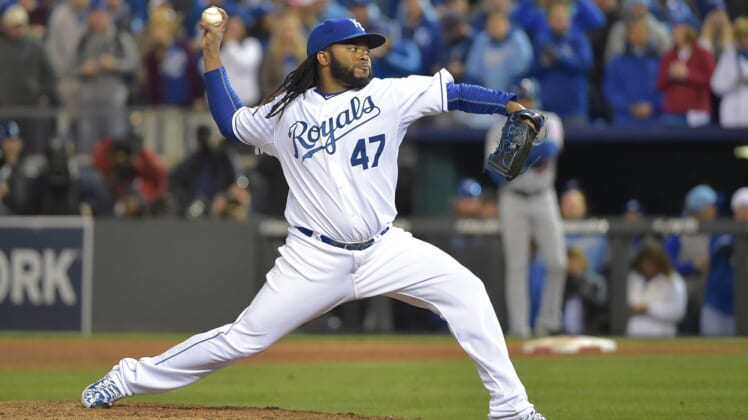 One of the biggest free agents remaining on the market will be moving west, as Buster Olney from ESPN is reporting that Johnny Cueto will be moving from the 2015 World Series champs to the 2014 champions.

Sources: Johnny Cueto has an agreement with the Giants, pending a physical.

Jon Morosi has the terms of the deal as a six-year contract worth $130 million with an opt-out after 2017.

Prior to signing Cueto, San Francisco’s most significant move of the off-season was signing Jeff Samardzija, so they’ve showed that their main commitment is upgrading the starting pitching behind Madison Bumgarner.