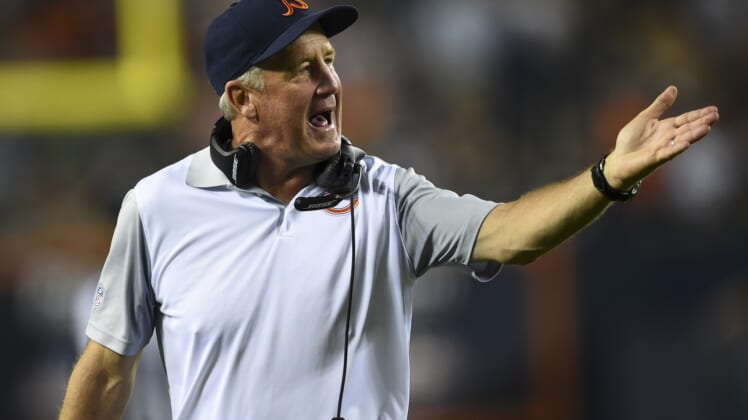 Ian Rapoport of NFL Media had the inside scoop on both of these coaches.

Discussing Caldwell, Rapoport wrote, “When Detroit missed the playoffs, his fate was almost certainly sealed. When the job becomes open, keep an eye on Patriots defensive coordinator Matt Patricia, a hire that would allow the Lions to keep the offensive side of the ball mostly in place.”

Detroit had some big injuries on both sides of the ball to deal with this past season and enters Week 17 with a record of 8-7. In the ultra-competitive NFC, that’s not a bad outcome, though given this news it appears the Lions are not interested in continued mediocrity.

As it concerns Fox, Rapoport wrote, “General manager Ryan Pace will lead the search for a new coach, and team president Ted Phillips has already been doing homework on prospective candidates. While Fangio likely gets a look, don’t be surprised if the Bears focus on hiring an offensive coach who can help rookie QB Mitch Trubisky, as the Eagles did with Doug Pederson and Carson Wentz.”

This makes a ton of sense. We made the same argument recently discussing perfect holiday gifts for every NFL team, noting Fox had to leave so a young offensive coach could come in and turn Trubisky into a star.

Likely, these two coaches won’t be the only ones to be fired heading into Black Monday. We’ll be keeping up on all the decisions as teams look to the future following the end of the 2017 regular season.