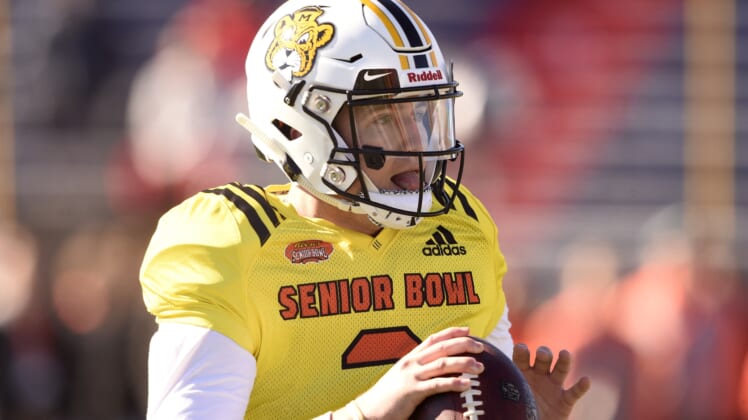 John Elway and the Denver Broncos just made a major move trading with the Baltimore Ravens for quarterback Joe Flacco, but Drew Lock is still very much in play.

It’s been reported since the Flacco trade that the Broncos could still definitely take a quarterback in the first round. And based on what NFL insider Benjamin Allbright said recently about Elway and Lock, the Missouri product would be the likely pick if that happens.

“I can tell you they’re high on Drew Lock. High enough to take him? That’s the question,” Allbright said when he appeared on the Huddle Up Podcast on Thursday. “Elway, when he met with Drew Lock down there in Mobile, he told him he’s going to be a top-10 Draft pick. So they’re very high on him.”

The problem for Elway here is that Lock might not be there when the Broncos pick at No. 10 overall. As we broke down in a bit more detail here, there could potentially be a run at quarterback early, with teams trading up for both the No. 1 and No. 2 overall picks.

So, if Elway really does think Lock is the guy he can build around long term, he might have to trade up to land him.