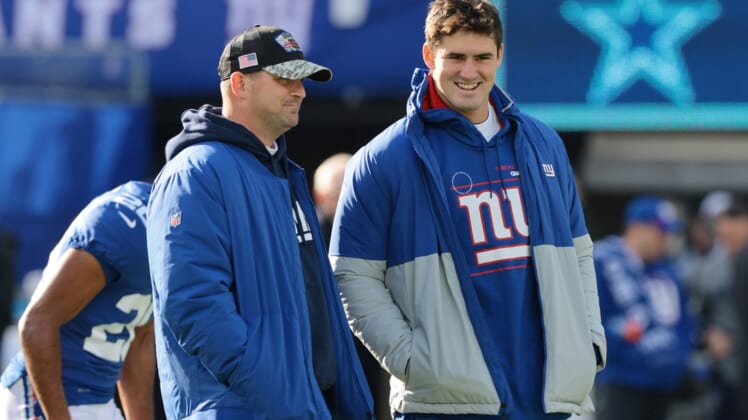 New York Giants head coach Joe Judge and quarterback Daniel Jones will get another chance to prove themselves in 2022, ESPN reported Sunday.

The Giants are 4-10 and have lost double-digit games in seven of the past eight seasons, but ownership apparently isn’t ready to move on from the pair yet.

Judge has a 10-20 record as he approaches the end of his second season at the helm. Jones is 12-25 as a starter since taking the reins from Eli Manning in the 2019 season.

The sixth overall pick in the 2019 draft, Jones will be in the fourth and final year of his contract in 2022, and the Giants have time to decide whether they will pick up his fifth-year option.

ESPN said the Giants could choose to move on from general manager Dave Gettleman, however. If they do, they would let GM candidates know of their desire to keep the Judge-Jones tandem in place.

The Giants shut down Jones, 24, for the season last week as he continues to recover from a neck injury, which he sustained in a 13-7 win over the Philadelphia Eagles on Nov. 28.

The Giants will face the Eagles (7-7) in Philadelphia on Sunday. Quarterback Jake Fromm will make his first career start.