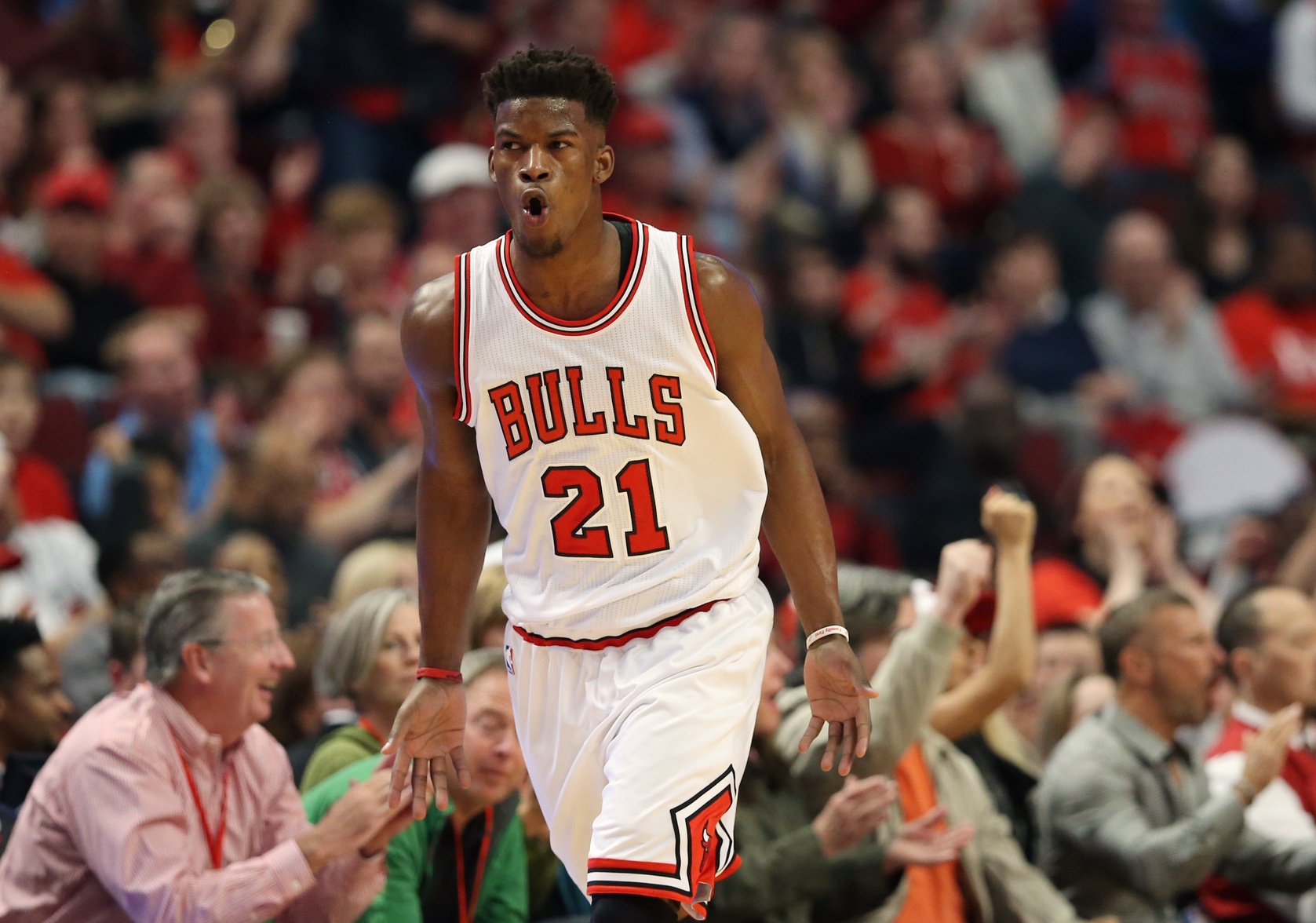 Forget about the Carmelo Anthony trade rumors. According to one report, Jimmy Butler is the hottest name on the NBA’s trade market right now, and he could be headed to the Boston Celtics before the deadline on February 23rd.

Talking about the trade deadline on his Woj Report Saturday night, Adrian Wojnarowski of The Vertical said Butler to Boston rumors “will loom over the entire week” leading up to the 23rd.

“There’s no question,” he told The Vertical’s Chris Mannix (h/t CSN Chicago), “this trade deadline, the potential of a Boston-Chicago deal for Jimmy Butler, I think it will loom over the entire week.

“These teams have engaged on the potential of this trade. They have not gotten far down the road on it. There still needs to be some alignment within the Bulls organization – from ownership to managament – that they want to make a deicison to enter a full rebuild.

“But the potential of this deal really illustrates, certainly the State Farm Right Combo, because these are two teams who have exactly what the other wants.”

The Chicago Bulls are in a position of power here. Because adding Butler to Boston’s lineup to play with Isaiah Thomas would give the Celtics a lineup to potentially compete against the Cleveland Cavaliers for the Eastern Conference title crown.

But this wouldn’t necessarily be a one-sided deal.

On the other side, the Celtics do have some trade pieces that could be very attractive to a Bulls team that appears to be stuck in limbo unless it commits to reloading/rebuilding its roster with young talent. As things currently stand, Chicago (28-29) isn’t scaring any of the top teams in the East and is only getting older every year.

Wojnarowski said he doesn’t think the Celtics would be willing to part with both the 2017 and 2018 first-round picks, but called that “the beginning point of a deal with the Bulls for Jimmy Butler because they can, in this superstar-laden 2017 Draft, potentially get a star point guard to replace Derrick Rose. And get other assets to start them down the road on a rebuild.”

A trade that sends Butler to the Celtics theoretically has the makings of a win-win for these teams. Chicago needs to come to grips with reality and make a deal, because the Bulls just aren’t going to get good enough as they are currently constructed to make any real difference the next couple of years.