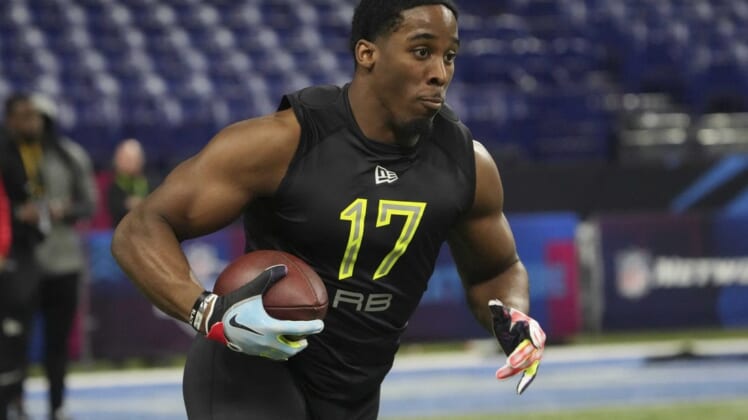 The 21-year-old running back from Iowa State reported with the other rookies to the team facility for training camp on Tuesday morning.