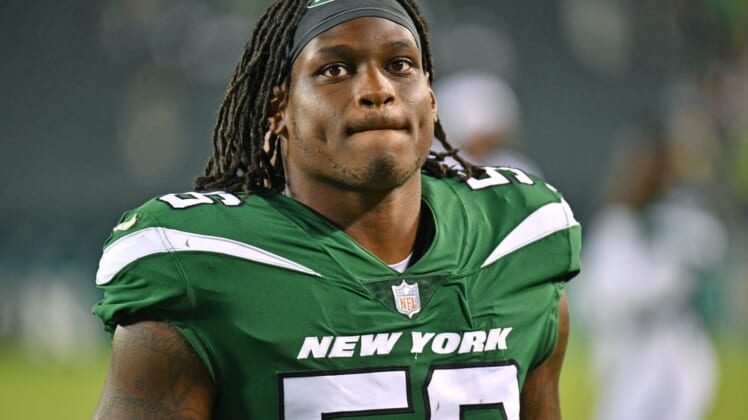 The incident occurred in a preseason game on Aug. 12 when Hurts already had stepped out of bounds, taking the full force of Williams’ blow to the left shoulder. Williams also appeared to make contact with Hurts’ facemask.

Williams drew a 15-yard penalty for unnecessary roughness on the play and also drew the ire of his own coach, Robert Saleh.

The play happened on the Eagles’ opening drive and Philadelphia went on to score a touchdown.

“I should’ve (slowed) down. It was dumb on me,” Williams said, according to ESPN. “… It was like of like one of those learning moments. Just let up. I wasn’t paying attention to where the sideline was.”