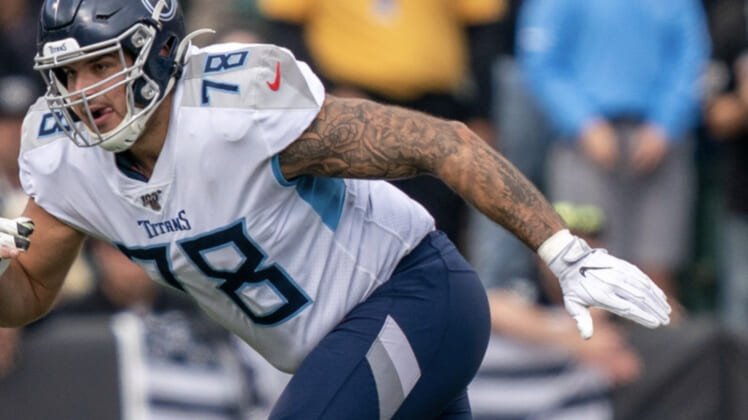 Even though the official start of NFL free agency is more than two weeks away, we’re already starting to hear rumors about the top players on the market.

According to Tony Pauline of Pro Football Network, the New York Jets are targeting Conklin. The NFL insider goes on to note that they are practically bidding against themselves.

“Numerous reports from Indianapolis state that teams expect offensive tackle Jack Conklin to end up with the New York Jets once free agency opens. Sources tell me that no other franchise interested in Conklin is willing to pay him the same money the Jets are ready to offer,” the report read.

This makes a lot of sense in that the Jets’ primary off-season objective must be finding more pass protection for young quarterback Sam Darnold. The signal caller was sacked just 33 times last season, but found himself under pressure on a consistent basis.

Despite playing right tackle with the Titans, the expectation here is that Conklin will get left tackle money. That is to say $14-plus million annually.

A top-10 pick back in 2016, Conklin has started all 57 games in which he’s appeared in four NFL seasons. He earned All-Pro honors as a rookie.