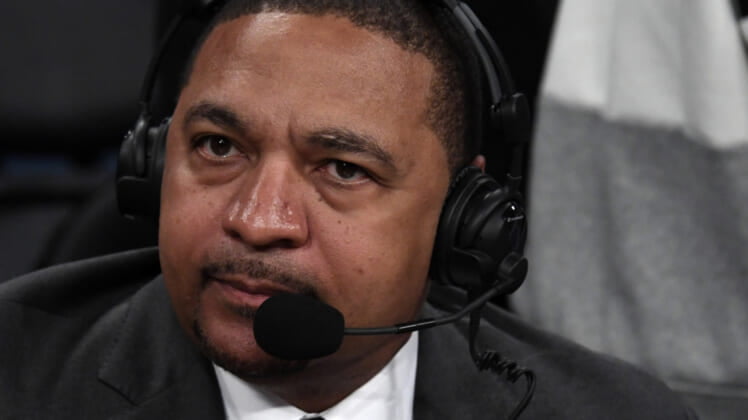 Once the New York Knicks fired head coach David Fizdale earlier this month, it seemed that interim coach Mike Miller would finish the season in that role.

Now, we’re not too sure. According to Shams Charania of The Athletic, New York could potentially replace the interim coach with a bigger name if the Knicks continue to struggle. This could come in-season.

“The Knicks want interim head coach Mike Miller to finish the season in the position, but I’m told they have a short list of potential in-season candidates, including Jeff Van Gundy, Mark Jackson and Tom Thibodeau, should the team’s faltering season necessitate another move,” the report read.

This obviously isn’t standard operating procedure. Teams that fire their head coach in the middle of a season tend to let the interim play it out. However, the Knicks are not one to go with common logic. We’ve seen that multiple times in the past.

This comes on the heels of reports that the 5-20 Knicks could very well target Lakers assistant coach Jason Kidd as a way to entice Giannis Antetokounmpo to the Big Apple. Good luck with that!

Van Gundy coached the Knicks from 1995-02. He was their most successful head coach since the Pat Riley days.

As it relates to Jackson, he was a star with the Knicks from 1987-92 before rejoining the club later in his career.

The current television analyst’s only experience in a head-coaching role came with the Golden State Warriors from 2011-14. He was fired months before the team’s dynasty started under Steve Kerr.

Thibodeau is an interesting option. He had success as the Chicago Bulls head coach before a short-lived tenure ended abruptly in Minnesota during the 2018-19 season.

All three would likely be considered long-term options and wouldn’t take the job with an interim tag attached.