Report: Jazz looking at Sam Cassell as next head coach 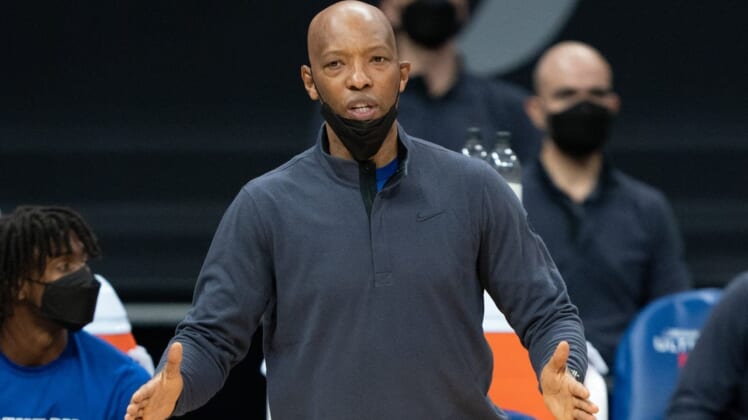 The Utah Jazz are adding Philadelphia 76ers assistant Sam Cassell to their list of candidates for their head coaching vacancy, The Athletic reported Wednesday.

Cassell is on the Philadelphia 76ers staff, serving as an assistant to Doc Rivers. He previously worked with Rivers while with the Los Angeles Clippers.

Cassell, 52, was a first-round selection by the Houston Rockets in the 1993 NBA Draft. He spent 15 seasons in the league and played for eight teams, winning three NBA titles.

The next Jazz coach will replace Quin Snyder, who stepped down after eight seasons with a 372-264 record. He enjoyed six straight seasons with a winning percentage above .580 and ranks second in wins for the franchise after Hall of Fame member Jerry Sloan (1,127).