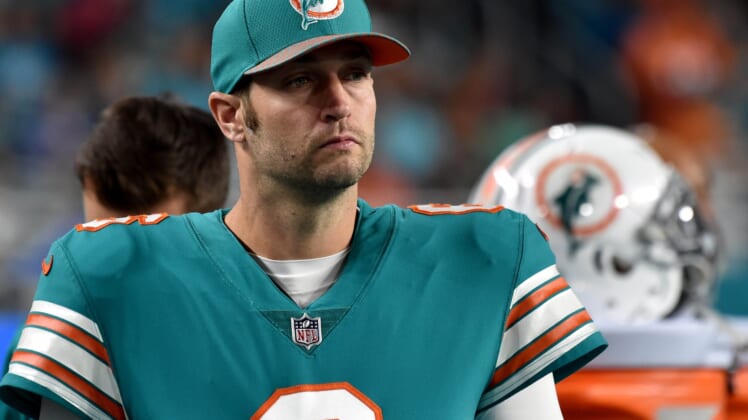 Former NFL quarterback Jay Cutler turned down a broadcasting opportunity in 2017 to return to the Miami Dolphins. Now that he’s retired from football, Cutler is reportedly looking to make his move back to the broadcast booth.

According to The Big Lead, Cutler met with ESPN and CBS to discuss his potential future in the broadcast booth. The 36-year-old, who was going to join FOX’s broadcast team in 2017, is now considering following in the footsteps of Tony Romo.

Interest from both networks is particularly interesting, given their pursuit of Romo. The former Dallas Cowboys quarterback has been a hit since joining the broadcast booth and could become the highest-paid sportscaster ever as a free agent this offseason.

CBS and ESPN could view Cutler as a fallback plan in the event one of them loses out on Romo. Though, it’s worth noting that Cutler didn’t exactly take his future in broadcasting seriously in 2017. He admitted that he never practiced for the gig and he seemingly just wanted to wing it.

Cutler might be facing some future competition for a broadcasting gig. While New Orleans Saints quarterback Drew Brees will return for the 2020 season, he is already considering a future in the broadcast booth once he retires and networks are already after him.