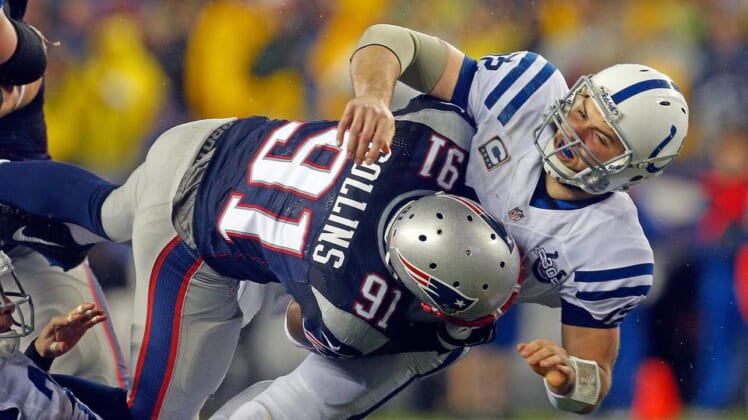 Jamie Collins is now a member of the Cleveland Browns after being traded away from New England for a compensatory third-round pick. Now we know why.

According to Adam Schefter of ESPN, the linebacker was at one point looking for “Von Miller money” on his next contract.

With Jamie Collins contract coming up, he was at one point asking for what one league source described as “Von Miller money." Von: 6-$114.5M

New England is known for dumping players in a contract year, and while the move to trade Collins was at first shocking it’s not surprising given this new information.

Collins is in the final year of his rookie deal and is earning less than $1 million in base salary this year.

The Browns have a glut of salary cap room (over $50 million) and not too many big veterans to re-sign in the coming years. They’ll be drafting heavy this next year and are clearly rebuilding. There isn’t a better linebacker to build around than the versatile freak of nature they just landed, but it remains to be seen if they’ll be willing to shell out “Von Miller money” to keep him in Cleveland.

At the least, Collins would likely be retained in 2017 by virtue of the franchise tag.

At the most, the Browns will pay him like a top pass-rushing linebacker. That’s something he hasn’t yet lived up to, with just 10.5 career sacks, but Collins has the skill set to become a nightmare on the edge if he’s featured primarily as a pass rusher.