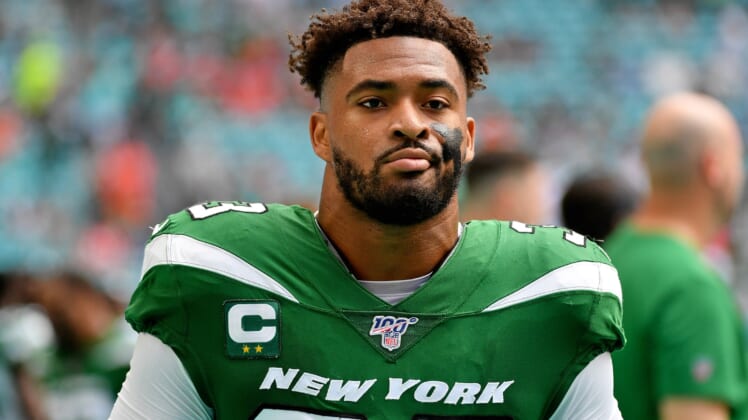 Jamal Adams wants the New York Jets to trade him, and he wants to play for the Dallas Cowboys. Those are two facts. Now here’s a strong opinion from ESPN’s Adam Schefter.

Dallas Cowboys trading for Adams is ‘not realistic’

Speaking on the subject of Adams and the Cowboys on his “The Adam Schefter Podcast,” the NFL insider made it clear he doesn’t see a trade happening. Schefter pointed to the team’s other big-money deals as the main reason.

Adams and the Cowboys have been mentioned in the same breath for almost a year now. Dallas was the most talked-about team as a potential trade partner with the Jets last year before the deadline.

Now here we are looking at the same situation, only this time Adams has made it official that he wants out of New York.

One of the big contracts mentioned by Schefter as he discussed Dallas’ roster was, of course, the one Dak Prescott just signed. On Monday, the quarterback officially put pen to paper on his $31.4 million franchise tender and is locked in for the 2020 season. Prescott’s cap figure could be even larger next season, depending on how he plays things from here on out.

Now here’s a stark reminder of just how much money Jerry Jones is paying out for three of his top offensive stars. Prescott, Amari Cooper, and Ezekiel Elliott are by far the richest quarterback/receiver/running back trio in the NFL.

Clearly, there’s a lot of mouths to feed in Dallas. So what Schefter said about Adams potentially being traded to the Cowboys makes perfect sense.

Will the Jets trade Jamal Adams at all?

Adams is looking for a big payday, and he feels the Jets have not lived up to their promise of discussing such a thing.

The big problem for the All-Pro safety at this point is this: The Jets have said they have no interest trading him. Repeatedly.

So at this point it seems Adams may be forced to resort to other methods if he really intends to force his way out of the franchise. He could do what Stefon Diggs did, for instance, when he wanted out of Minnesota.

Maybe he already is.

But for now, it appears the Jets are content to call Adams’ bluff in the hopes he shows up to camp and plays in 2020.