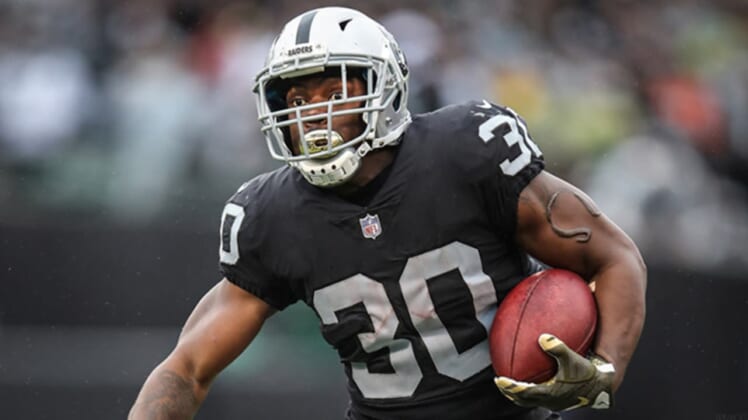 The versatile running back signs a contract extension with the Raiders in their first season in Las Vegas.

Just ahead of hitting the free-agent market, apparently Raiders running back Jalen Richard likes wearing the silver and black.

NFL insider Ian Rappaport reported Wednesday morning Richard has reached an agreement on a contract extension. While terms are unknown, keeping Richard heading into Las Vegas was a wise move for the Raiders at this juncture.

Richard, 26, saw his snaps and playing time reduced in 2019 due to the emergence of rookie Josh Jacobs and increased use of DeAndre Washington. Despite that, Jon Gruden has said numerous times he likes the gritty back and considers him an important piece of the Las Vegas offense.

The Raiders will most likely look to supplement their running back stable in this year’s draft. The team is known to be looking for another key runner to spell second-year sensation Josh Jacobs.