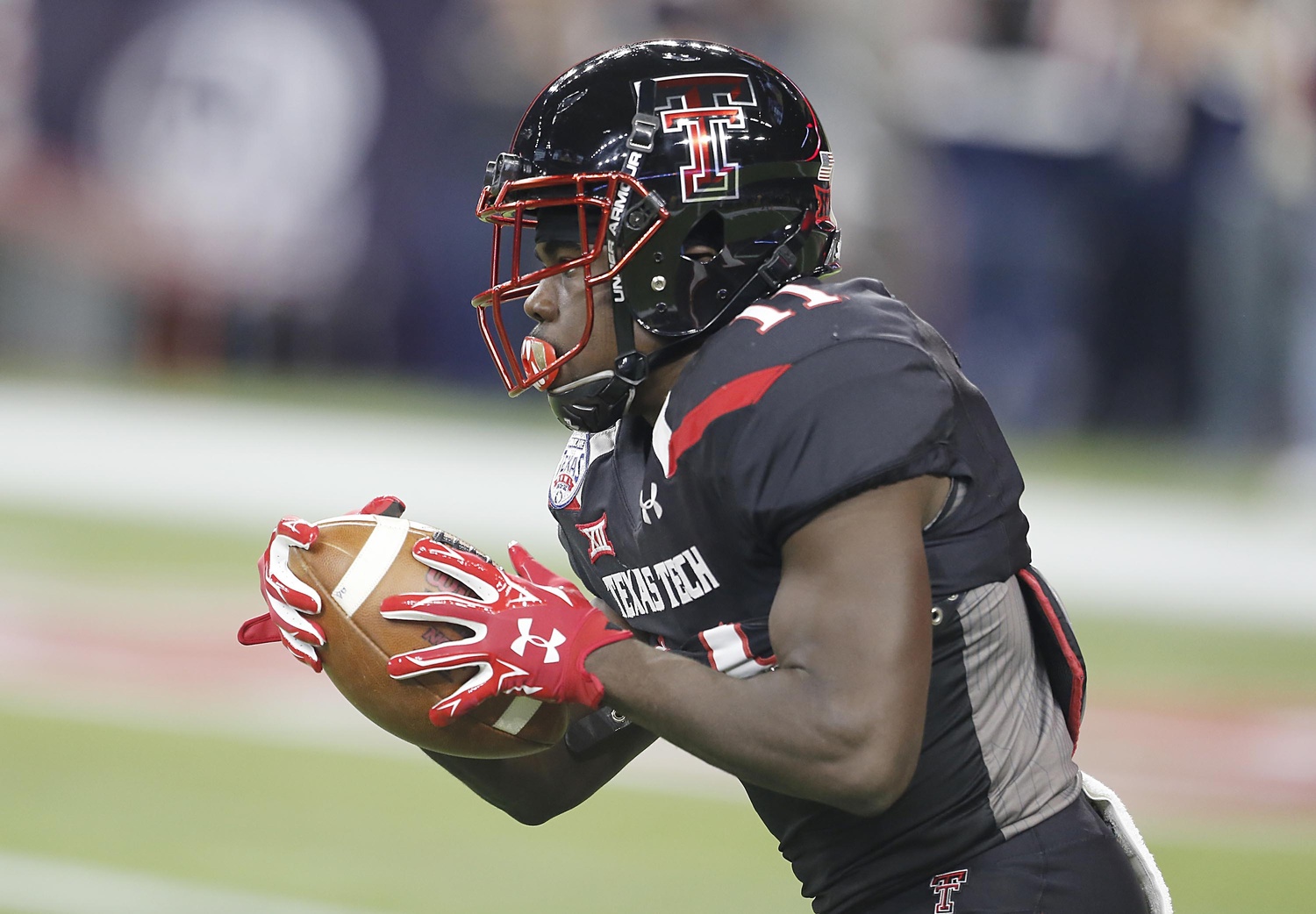 The number isn’t official, but Luke Rodgers of 247 Sports is reporting the New Orleans Saints clocked Grant at that number, which is a record-breaking time:

Grant, at 5-f00t-7 and 168 pounds, likely will struggle in the NFL due to his lack of size, but blazing speed like this can sometimes cause teams to abandon typical preconceptions of how a diminutive player could impact the NFL game.

Dri Archer out of Kent State is just slightly bigger than Grant, yet his speed caused the Pittsburgh Steelers to take a shot at him in the third round of the 2014 NFL Draft.

Grant’s time of 4.10, while unofficial, would be the fastest time ever. Bo Jackson recorded a 4.12-second 40 back when he came out of Auburn in 1985, which was the fastest hand-held time ever recorded until Friday.

Grant recorded excellent numbers while playing for the Red Raiders, catching 254 passes for 3,286 yards and 27 touchdowns. His senior campaign saw him put together his finest campaign yet, as he hauled in 90 passes for 1,268 yards with 10 touchdowns.

The receiver is also adept at returning kickoffs, having run four back for touchdowns at Texas Tech.

He’ll almost certainly get drafted on Day 2 after showing off his unbelievable sprinter’s speed Friday.