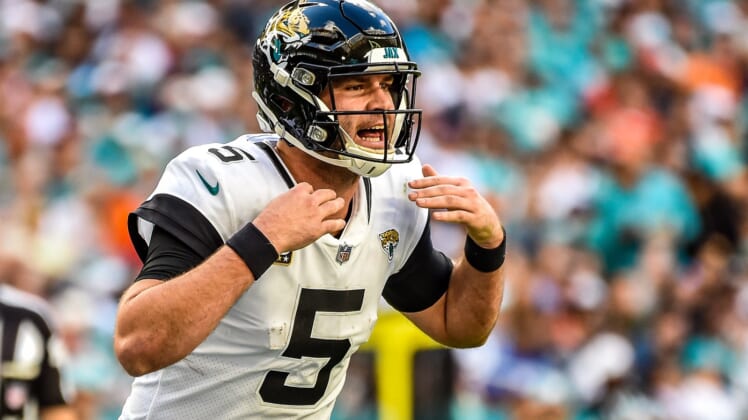 The Jacksonville Jaguars did what was highly anticipated and are agreeing to terms with quarterback Nick Foles. This is a move that will now send quarterback Blake Bortles to the unemployment line.

The #Jaguars are expected to release QB Blake Bortles when QB Nick Foles’ deal is official and signed, I’m told. Will be a few days. But Bortles will be free.

The Jags have obviously decided that Bortles is no longer a viable option at quarterback in Jacksonville. His time will come to an end after five seasons that delivered some highlights and a lot of disappointment.

Bortles sports a 24-29 record and has 103 touchdowns on record compared to 75 interceptions. He was an original third-overall pick by Jacksonville in 2014.

Now, it will be worth watching to see if any teams in need of a starter or backup reach out to the embattled quarterback in free agency.