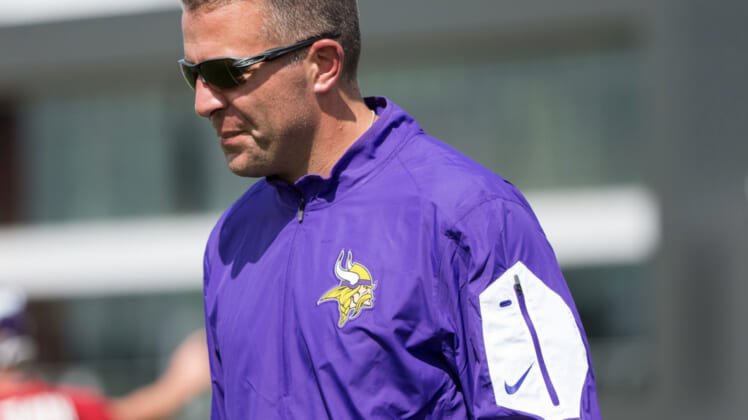 The Jacksonville Jaguars are certainly looking for a new identity on offense this offseason. That reportedly includes the team moving on from longtime quarterback Blake Bortles.

Though, the Jags are also in need of an offensive coordinator to help the unnamed quarterback they bring in.

The #Jaguars are expected to hire former #Vikings OC John DeFilippo as their new offensive coordinator, sources say. Doug Marrone took his time with such a key hire, but when the deal gets done, he’ll have his guy.

DeFilippo, 40, was fired by the Vikings after less than one season as the team’s OC. He butted heads with Minnesota head coach Mike Zimmer.

Prior to that, the Ohio native was credited for helping both Carson Wentz and Nick Foles in Philadelphia as the Eagles’ quarterbacks coach. He’s also served as an assistant with the Giants, Raiders, Jets and Browns.