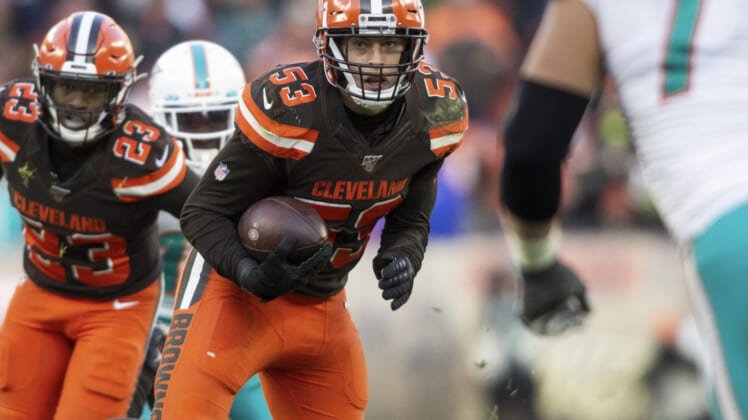 The Jacksonville Jaguars are reportedly signing linebacker Joe Schobert, per NFL Network’s Ian Rapoport, a move coming in an offseason when the team was seemingly starting a rebuild.

The five-year deal is worth $53.75 million and carries a $12 million signing bonus with $22.5 million guaranteed, per the report. Schobert, who emerged as a force at linebacker for the Cleveland Browns, will make approximately $10.75 million per season.

The 26-year-old was named to the Pro Bowl in 2017 and has racked up 200-plus total tackles in each of the past three seasons. Schobert recorded a career-high four interceptions this past season and forced two forced fumbles. The new contract will place him eighth among inside linebackers in average salary, per Over the Cap.

The addition comes days after the Jaguars traded away defensive lineman Calais Campbell, a five-time Pro Bowl selection, for a fifth-round pick. Jacksonville also traded away top cornerback A.J. Bouye to the Broncos for a fourth-round pick.

The Jaguars placed the franchise tag on star edge rusher Yannick Ngakoue and while the team might be hoping to sign him to a long-term deal, Ngakoue has said he won’t play for the organization again.