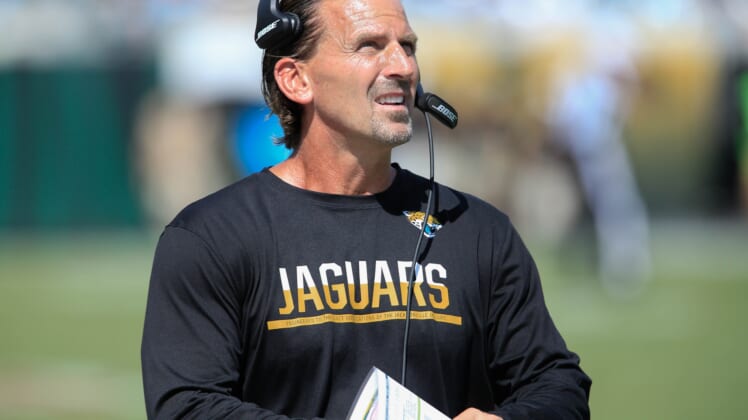 We knew there would be a fall guy after the Jacksonville Jaguars’ latest stinker of an outing on Thursday Night Football, and now we have it. According to ESPN’s Adam Schefter, the Jags have fired offensive coordinator Greg Olson.

This really isn’t a shocking move whatsoever. Jacksonville’s offense has been a tepid pool of sadness all year, averaging just 19.9 points per game and often getting off to horrid starts. Much of the offensive production has happened in garbage time when the Jaguars were already well out of the game.

At this point, the only thing that isn’t surprising is that head coach Gus Bradley still has his job. After all, the defensive-minded head coach not only sports the worst losing record of any NFL coach with 50 or more games under his belt, but his defense continually plays without proper discipline and has allowed 28 points per game this season.

Now at 2-5, there are far more questions than answers for the Jaguars heading into Week 9.