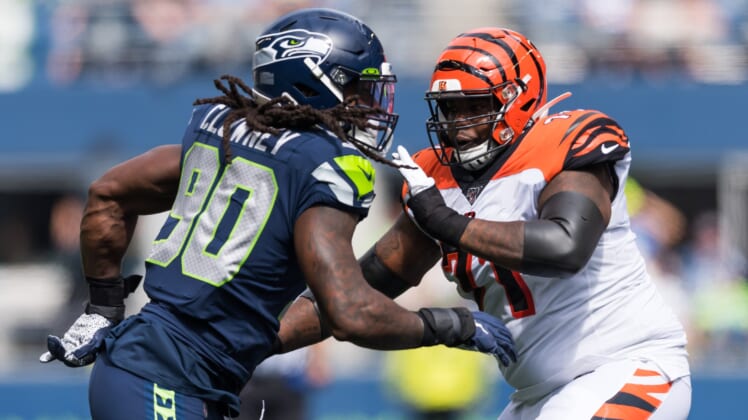 Jadeveon Clowney went into the offseason hoping to become one of the NFL’s highest-paid edge rushers. After setting his asking price at $20 million per season, Clowney is reportedly not generating a ton of interest on the open market.

According to The Athletic’s Jay Glazer, there wasn’t a huge market for Clowney when free agency began and the market for him hasn’t improved since that time.

While Clowney is talented and can be a force off the edge, the No. 1 overall pick in 2014 hasn’t lived up to the hype. After being traded to the Seattle Seahawks before the 2019 season, he recorded only three sacks with seven tackles for loss in 13 games.

Teams also have concerns regarding Clowney’s durability. The 27-year-old missed three games this past season and even played through a core muscle injury. While he has largely managed to play through multiple injuries throughout his career, the 6-foot-5 edge rusher’s issues staying healthy have been a problem for both the Seahawks and Houston Texans.

Because the NFL shut down all team facilities and NFL-related physicals have been stopped, he also doesn’t have the opportunity to prove he is healthy.

Given his inconsistency when on the field and the medical concerns, Clowney is reportedly expected to re-sign with the Seahawks. However, it won’t be for the money he hoped and he might have to wait quite some time to sign the deal.