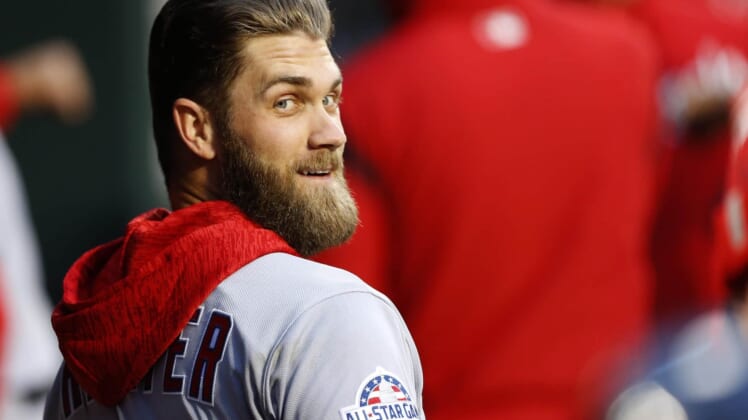 The Cleveland Indians are getting aggressive before the MLB trade deadline and they now have their eyes set on Washington Nationals outfielder Bryce Harper.

According to Jon Morosi of MLB Network, the Nationals and Indians have engaged in discussions of a potential trade that would send the All-Star outfielder to Cleveland.

Sources: #Indians, #Nationals have been in contact regarding possible Bryce Harper trade, but there is no momentum in talks. Latest story: https://t.co/qMu8NtiVWI @MLB @MLBNetwork

While there is no momentum building in the talks according to the report, that could quickly change as the Nationals continue to slide down in the standings.

Washington split a series with the Miami Marlins and sits one game under a .500 record and after Harper’s recent shot at the organization, the front office could ultimately consider moving the All-Star outfielder.

Cleveland certainly has the farm system to land Harper, especially given he would be a rental. While the 25-year-old has a .220 batting average this season, his 25 home runs and .842 OPS would make him an outstanding addition to Cleveland’s lineup.