Report: If healthy, Tua Tagovailoa will have Lions considering future at QB 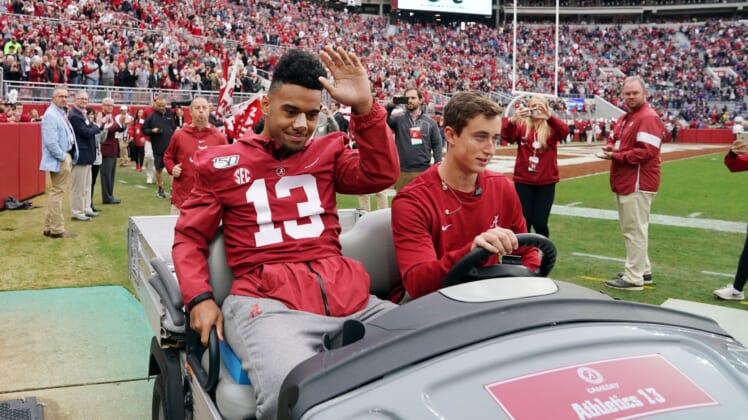 Tua Tagovailoa recently got the best possible update on his health after visiting with his doctor, and that could be important news for the Detroit Lions.

According to Matt Miller of Bleacher Report, the Lions, who own the No. 3 overall pick, could be interested in Tagovailoa.

“A healthy Tagovailoa will have the Detroit Lions considering their future at quarterback, as well as opening the phone lines for what should be a lucrative trade market for the No. 3 pick.”

Tagovailoa isn’t going to do anything on the field at the 2020 NFL Scouting Combine later this month, but he’s set to be cleared for football activities in March and will do a pro day and full workouts for teams when that happens.

Assuming he continues to make a full recovery from hip surgery, Tagovailoa is going to be a top-five pick. And the Lions may need to move up to No. 2 overall to land him because interest will be sky high.

Also, for those who may wonder why the Lions would look quarterback with Matthew Stafford under contract for the foreseeable future, look no further than the comments his wife made this week. Things could be changing in a hurry for Detroit.