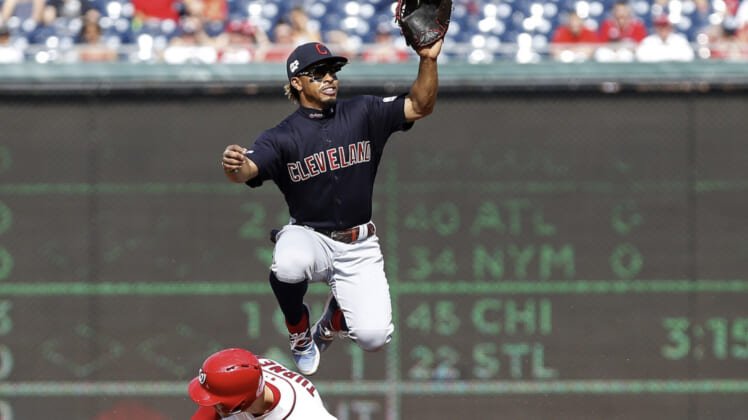 It was noted immediately after the 2019 season that the Cleveland Indians could move four-time All-Star shortstop Francisco Lindor.

The idea behind these rumors were obvious. Cleveland could very well be in cost-cutting mode moving forward. As one of the best shortstops in the game, the soon-to-be 26-year old Lindor would not come cheap over the long term.

Now according to this report from Jon Heyman of MLB Network, Cleveland is receiving a ton of calls about the stud youngster.

Heyman goes on to note that Indians president Chris Antonetti expects Lindor to be the Opening Day shortstop.

In a vacuum, none of this should be a surprise. Antonetti and Co. are not going to put a for sale sign around Lindor’s locker room. In turn, pretty much every contending team would have interest in his services. It’s the Indians’ way of upping the ante when it comes to a potential return.

Among those previously bandied about, the Los Angeles Dodgers could very well make a play for the four-time All-Star.

Set to become a free agent following the 2022 season, Lindor is projected to make a cool $16.7 million under arbitration this winter. He avoided arbitration last year by signing a one-year, $10.55 million deal.

In addition to winning two Gold Glove Awards during his career, Lindor is averaging 34 homers, 85 RBI and an .856 OPS over the past three seasons.