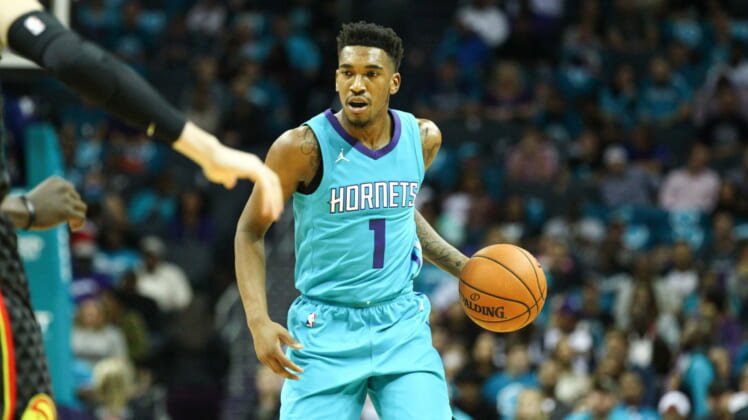 The Charlotte Hornets are not even fully into their summer yet and have already received some bad news.

According to Rick Bonnell of the Charlotte Observer, Monk will be sidelined for the next 6-8 weeks.

While the timeline suggests Monk will be back in time for training camp, this means he’ll be spending his summer rehabbing instead of working on his game.

That’s not a great thing given that the former No. 11 overall pick is coming off a rookie campaign that saw him struggle to the tune of 6.7 points on 36 percent shooting. He was looking good during the summer slate prior to suffering this injury.