Report: Hornets have made Kemba Walker available for trade 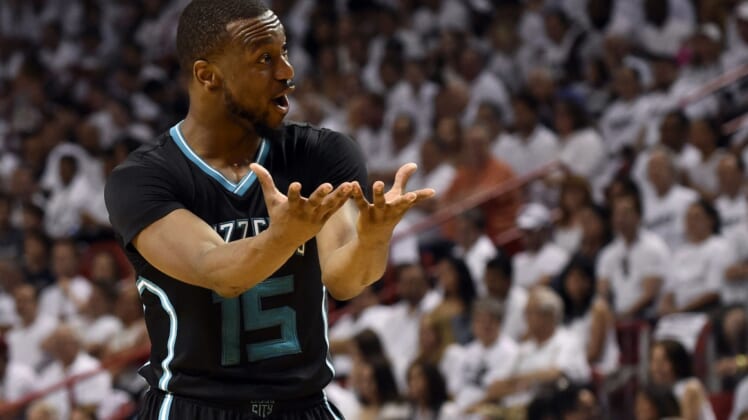 Kemba Walker is the player holding together a struggling Charlotte Hornets roster, but the franchise has put the All-Star guard on the trade market.

“Charlotte has been encouraging teams to make offers and appear eager to discuss attaching Walker to a larger trade where another team takes on one of the Hornets’ several far less desirable contracts.”

Wojnarowski notes the team has already put Nicolas Batum, Dwight Howard, Marvin Williams and Michael Kidd-Gilchrist on the market but aren’t finding suitors because of their large salaries.

Considering the average production Charlotte has received from those players, it’s understandable other NBA clubs aren’t interested. Throwing Walker into the conversation changes the story, though.

Moving Walker would signal a complete rebuild for Charlotte, which holds an 18-25 record and sits in 11th place in the Eastern Conference.

The Hornets would likely plummet in the standings without Walker and position themselves for a top-five pick in a deep 2018 NBA draft.