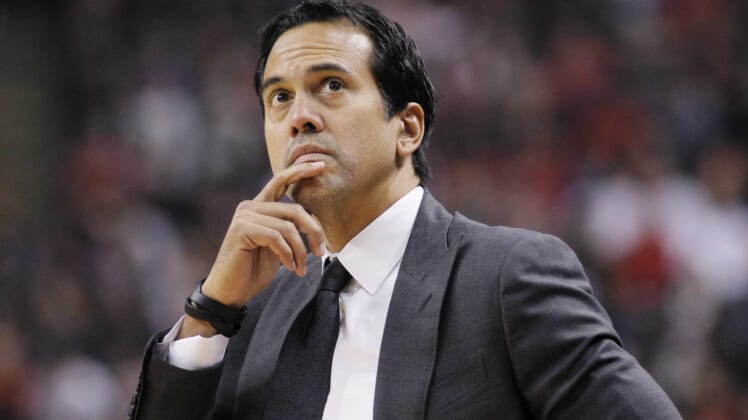 As training camp arrives in the NBA, the Miami Heat have reportedly reached a long-term contract extension with head coach Erik Spoelstra to keep him with the organization for years to come.

According to ESPN’s Adrian Wojnarowski, the sides discussed an extension with only one season left remaining on his current deal and have now come to an agreement.

Spoelstra, beginning his 12th season as Miami’s head coach, has enjoyed immense success since taking over. The Heat won two NBA championships, with four trips to the NBA Finals, while winning 523 games during his tenure.

Many are hoping Miami will return to national prominence this season after landing All-Star guard Jimmy Butler. Now with Spoelstra locked up for multiple seasons, the Heat can focus on basketball and getting better before the season.